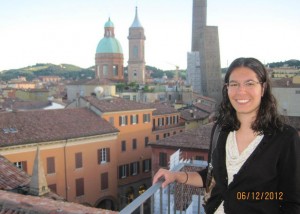 My path to pursuing graduate study in Hispanic Linguistics and a career in higher education began at TCNJ in the Fall of 2008. I have since graduated with a double major in Spanish and a Self-Designed Major in Italian and Linguistics. After graduating from TCNJ, I began the Master’s program in Hispanic Linguistics with a minor in Italian Studies at the University of Minnesota. I recently passed my Master’s Comprehensive Exams and will begin my doctoral coursework in Hispanic Linguistics at the University of Minnesota in the Fall. During my time at the University of Minnesota I have taught first and second year Spanish hybrid courses, and this semester, in addition to my teaching duties, I have worked as an assistant to my course supervisor, Dr. Angela Carlson-Lombardi, helping her with curriculum development of the intermediate Spanish hybrid course and will continue to work with her this summer.

In addition to my teaching, I have also had the opportunity to carry out several research projects on different areas of linguistics, such as second language acquisition, sociolinguistics, intonation and
syntax. I presented my paper entitled “Acquisition of stress by second language learners of Spanish” at the 2012 Hispanic Linguistics Symposium at the University of Florida in October 2012 and another paper entitled “A sociolinguistic analysis of the phonological variation of /s/ in an /s/ weakening dialect of Spanish” at the Second Annual Hispanic and Luso-Brazilian Linguistics Conference at Arizona State University in February 2013. My research interests lie in second language acquisition, phonetics, phonology, sociolinguistics and comparative historical linguistics. Last summer I spent a month in Bologna, Italy pursuing independent research on the phonological evolution of Italian from Vulgar Latin, and although my main research interests have shifted from historical linguistics, I intend to continue my Italian studies by investigating the acquisition of Italian as a second language and by completing a doctoral minor in Italian Studies. For my doctorate I intend to study the acquisition of both Spanish and Italian as a second language, focusing either on phonology or morphology. In conclusion, my first two years at the University of Minnesota have been filled with much success, which is due in no small part to the preparation I received at TCNJ and the outstanding professors in the Department of World Languages and
Cultures.

Thank you and best wishes,
Christina