Congratulations to Tyler Liberty who was accepted in the”Teach for America” program. He’ll be teaching in Arizona in the fall. Tyler is graduating with a self-designed double major in Chinese Language and Culture and English. Below is Tyler’s testimonial.

“I’ve been blessed to be a TCNJ student- mainly because of the opportunities it has afforded me. I would have never thought that I would go to China, not once but twice during my four years at TCNJ. The first time I went it was to teach English abroad for 6 weeks in southern China, the second time was to study the Chinese language at Beijing for 8 weeks over the summer. Both experiences have not only opened my eyes to a world outside of the New Jersey bubble, but they’ve motivated me to continue practicing my Chinese skills- which is why I picked up a Self-Designed Major in Chinese. The World Languages and Culture Department at TCNJ has truly helped me grow and develop as a student and I can’t wait to see what the future holds.” 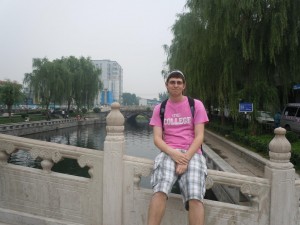